What is the Meridian, Idaho Homeowners Exemption? 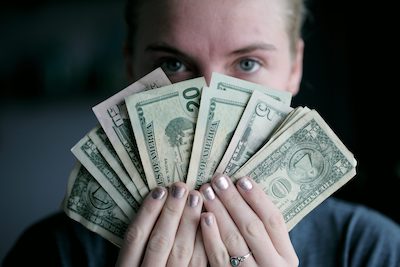 “My property taxes are way too low,” said no one ever.

File it under the heading of Phrases Never Uttered and Expressions You’ll Never Hear. Though it’s a sentiment few, if any, agree with, paying taxes on property is necessary if you want to live in the manner to which you’ve grown accustomed. The money collected goes toward paying for a list of amenities most people take for granted. However, there are two bits of good news when it comes to taxes in the Gem State. First, Idaho ranks in the top 5 states that have the fairest tax system, according to the Huffington Post. Second, you might not be able to avoid paying taxes on a house you own, but the homeowners exemption in Idaho significantly reduces the amount you have to pay.

What do Property Taxes Pay For?

For people who have rented all their adult lives, owning a house is a new and exciting adventure. Alongside the exhilaration of owning a home, however, come the responsibilities such as doing your own repairs and yard work, getting insurance, and paying property taxes. Some people wonder where the money goes but if you take a look around, you’ll see evidence everywhere of your tax dollars at work.

FreeAdvice sums it up by saying that the money pays for important local programs. All property tax collected in Meridian stays in Ada County to cover the cost of:

Additionally, property taxes pay the salaries for road crews, firefighters, and police officers as well as the programs and even the buildings they work in. Anyone who runs a business knows there are countless costs in keeping the doors open and things running smoothly, and running a county is no different.

Tax rates in Idaho counties vary depending on a variety of elements. For example, SmartAsset reveals that tax rates tend to be lower in rural areas than in cities. Idaho’s statewide average—urban and rural included—is about 1.3 percent of the value of the property. In Meridian and the rest of Ada County, the average is actually around .80 percent. That means that the owner of a home with an assessed value of $250,000 would pay $2,003 in taxes each year. Fortunately, though, there is an Idaho property tax credit for homeowners. It was put in place to save people some money on taxes on the house they live in. Ada County outlines how the Idaho homeowners exemption works, saying that each house with up to an acre of land is eligible for homeowners exemption in Idaho if it is the primary residence of the owner. Fifty percent of the value of a qualifying home up to $100,000 is exempt from tax under this program. That means that the same house from our example above would only be taxed for $150,000, reducing the owner’s annual property taxes to $1,202.

The History of Homeowners Exemption in Idaho

Prior to the early 1980s, exemptions and reductions to property taxes were limited to extenuating circumstances, such as extreme hardship. In 1980, a property tax reduction was voted into effect for the following year, giving homeowners a break on their taxes equal to 20 percent of the home’s value up to $10,000. However, those numbers were increased in 1983, including kicking the tax rate up to 50 percent of the value of the home. The maximum Idaho homeowners exemption at that time was set at $50,000, but it has gone up just about every year since then, according to the Idaho State Tax Commission.

Be Sure You Get an Idaho Homeowners Exemption

Just applying for the Idaho homeowners exemption doesn’t guarantee a reduction in property taxes, so be sure to check with the assessor’s office to verify that the application was received and approved. The good news is that you only have to apply once. After that, the Idaho property tax credit is permanent until you move out of the house.

Of course, before you can apply, you have to buy. If you’d like to find out more about houses for sale in Meridian or the rest of Southwestern Idaho, give Jeff Stewart at Stewart Realty a call for a personal tour of the area and some great homes that fit your style and budget.

Posted in Buying, Selling
no comments yet
Please enable Javascript to comment on this blog